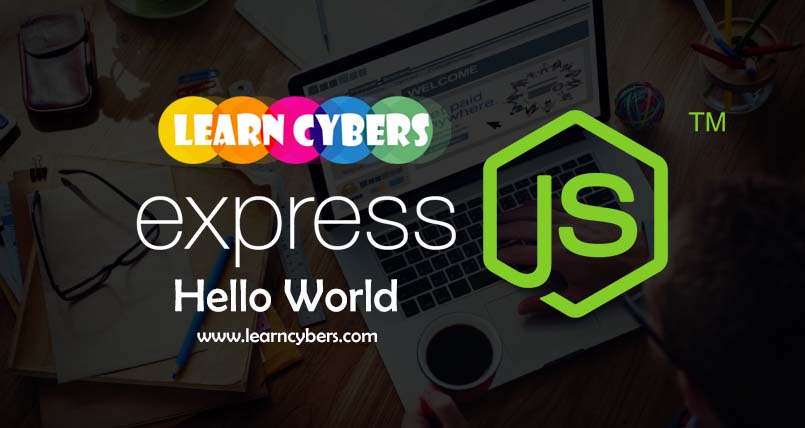 In our package.json file, we have specified index.js. So, to start developing our hello world in Express JS, create file index.js and type the following code.

In the above code, lines starting with // mentions comments for each line of code to explain what a line of code does. You can see we have set app to port 3000 but if you face any error on this port, it means you have something running in on the same port or this port has been blocked by firewalls. So, don’t worry. You may resolve this by closing that background process, unblocking the port in firewalls or changing the port to some other like port 80, port 8080, port 8081 etc. Now save index.js file after adding code.

We have used to start Express server because we don’t want to waste our time again and again in starting after app crash during development. And we also don’t want to start again after making a change. will automatically handle this issue by restarting automatically whenever a change is made to the code. If the server has started successfully, you will see the identical screen as shown below.

Now you can access the Express app through your browser by accessing http://localhost:3000. If you changed , change the port number in URL as well. After accessing the link, you will see the screen as shown below.

How does Express JS app work?

The following line of code imports Express JS in our file so that we can access Express modules.

The following line of code initializes the app variable by creating Express application.

To declare a variable, you will use var or let keyword. The code below is similar to the lines above.

This function sends the response for the received HTTP request. In this program, we have sent “Hello World” string in response to GET HTTP request.

All the parameters except port number are optional in this function because is necessary for accessing the app through . Backlog keeps of maximum pending requests in . is a function which executes when starts. is the domain name which is set while deploying on .

In the next tutorial, you will learn about the requests available in Express JS and how to use them.