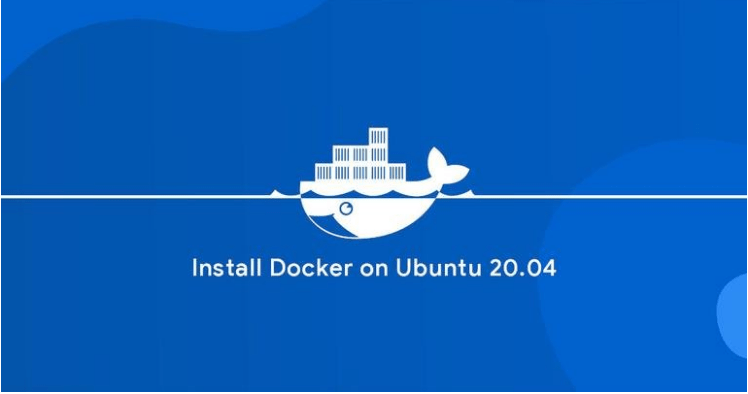 Docker is an open-source containerization platform that allows you to quickly build, test, and deploy applications as portable containers that can run virtually anywhere. A container represents a runtime for a single application and includes everything the software needs to run.

Docker is an integral part of modern software development and DevOps continuous integration and deployment pipelines.

This tutorial covers how to install Docker on an Ubuntu 20.04 machine.

Docker is available for installation from the standard Ubuntu 20.04 repositories, but it may not always be the latest version. We’ll install the latest Docker package from the official Docker’s repositories.

sudo command (short for Super-user do) is a program designed to allow users to execute commands with the security privileges of another user, by default the root user

First, update the packages index and install the dependencies necessary to add a new HTTPS repository:

Add the Docker APT repository to your system:

Now that the Docker repository is enabled, you can install any Docker version that is available in the repositories.

The available Docker versions are printed in the second column. At the time of writing this article, there is only one Docker version (5:19.03.9~3-0~ubuntu-focal) available in the official Docker repositories.

Install a specific version by adding =<VERSION> after the package name:

Once the installation is completed, the Docker service will start automatically. You can verify it by typing:

When a new version of Docker is released, you can update the packages using the standard sudo apt update && sudo apt upgrade procedure.

If you want to prevent the Docker package from being updated, mark it as held back:

By default, only root and user with sudo privileges can execute Docker commands.

To execute Docker commands as non-root user you’ll need to add your user to the docker group that is created during the installation of the Docker CE package. To do that, type in:

$USER is an environment variable that holds your username.

To verify that Docker has been successfully installed and that you can execute the docker command without prepending sudo , we’ll run a test container:

The command will download the test image, if not found locally, run it in a container, print a “Hello from Docker” message, and exit. The output should look like the following: 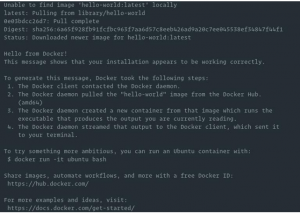 The container will stop after printing the message because it does not have a long-running process.

By default, Docker pulls images from the Docker Hub. It is a cloud-based registry service which among other functionalities, stores the Docker images in public or private repositories.

Before uninstalling Docker it is a good idea to remove all containers, images, volumes, and networks

Run the following commands to stop all running containers and remove all docker objects:

We’ve shown you how to install Docker on Ubuntu 20.04 machine. To learn more about Docker, check out the official Docker documentation